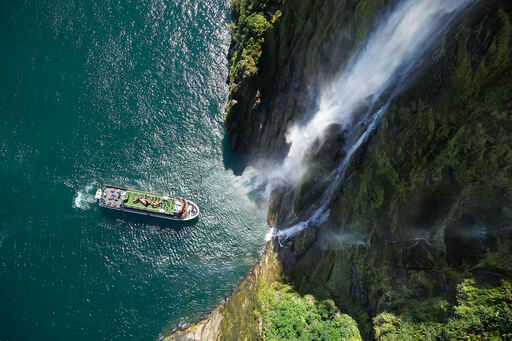 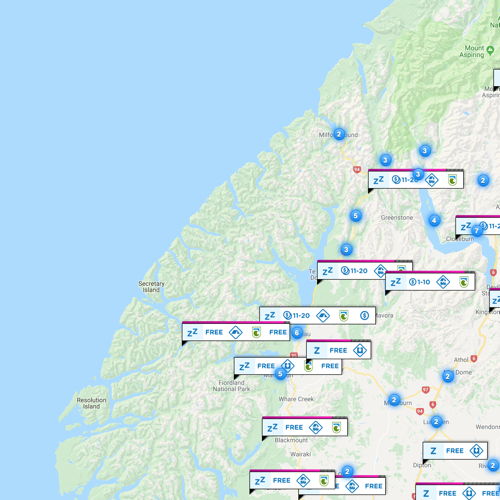 With a fresh, dynamic approach to cruising Milford Sound, we appeal to all who want to join our evolving story and Go Beyond.

Let Go Orange take you on a journey on board the newly refurbished Milford Haven ship. We pride ourselves in our approach to cruising, allowing you and your fellow travelers the time to immerse fully in the jaw dropping surrounds. You can chose to explore the ship without haste as you have a full two hours out on the water. We aim to get you as close to the mountains that rise from the ocean as possible, carving the epic fiord we see today:

We booked Milford sound tour (private drive). They emailed us that private drive was not allowed this time and then we replied it’s ok to change more expensive tour which was including transport. However, when we got to pick up point, they didn’t take us on the tour because we didn’t answer all questions on email. And they said no refund because we didn’t mention we’re gonna cancelled the tour before the tour...

A beautiful cruise in beautiful surroundings. The kids loved the boat going very close to the waterfall, and seeing seals.

Do not bother with this company . They are quick to take your money but we had 10 people with us including young kids which were on time however weren't allowed on our cruise boat due to one father and his son of the bunch arriving a little bit later than we did. They made us pay double the amount in the end and won't provide a refund or anything. The cruise itself was a waste of time and money. Staff were disgusting. No one at the counter to help.

We were really looking forward to go on the kayak n cruise trip with Go orange. But in the end at least the kayak part is a totally waste of money and time!!!

First of all, our kayak guide postponed the morning trip due to "rough" sea (the sea wasn't rough at all compared to our other kayak trips in NZ). So we did first the boat cruise and continued afterwards with the kayak part. It took enormous time till we were in the kayak compared to the other guides. And then, we were kayaking just in the small bay in front of the kayak harbour. We figured out that this was really strange cause all other guides did a bigger tour. In addition, the kayak guides of the other companies did the tour in morning cause there was actually no rough sea! Last but not least, the kayak tour ended very early. We had some discussions with other participants afterwards and all came to the same conclusion that he was either not interested in his job or totally afraid of water. Other participants addressed this to him as well. The best thing, the booked package was originally scheduled from 08:00 to 14:30. The reality was from 09:00 to 14:00!

My recommendation: Take another kayak n cruise company cause the risk is too high that you'll get the same uninteressted or afraid kayak guide! We totally regret this kayak cruise with GO Orange compared to the delivered service from the other companies which we have seen at Milford.

After being collected from our local collection point, we were told by our driver that the heating wouldn’t be working on the bus, despite it being -2 degrees outside, without being offered any apology whatsoever. We were then transferred to a different, much older coach after two hours given the freezing temperature inside he coach. The second coach was dated, had no glass roof, no charging points and did not show any films, which we all clearly advertised by Go Orange as being part of their package. Furthermore, given the delays the driver did not stop once on either journey for additional photograph opportunities which were also clearly advertised. I wrote to Go Orange afterwards to complain that I had paid for the services which they had advertised and completely failed to provide me with. The Sales Manager replied stating that it was BookMe’s responsibility for the failure to provide the services and that they would be responsible for issuing a refund. Go Orange clearly advertised extra services and hen failed to provide them to customers, only to blame other booking agents and refuse to refund any element of the trip. Go Orange spoiled what should have been a great experience and failed to acknowledge so, book with another company who will keep to their word.

We did both Milford Sound and Doubtful Sound with Orange on consecutive days. Of the two I would choose Milford over Doubtful but they are two different experiences and both enjoyable. The Milford cruise has more going on, more waterfalls close up and quicker but you have the drive to get to the terminal. With Doubtful there is less to see close up but it was a more leisurely day. Both trips were very well organised and the staff were very knowledgeable and we felt we were in good hands the whole time, particularly the coach driver for the Doubtful trip, who drove very carefully and slowly. Very enjoyable Thanks Go Orange

Our doubtful sound kayak trip was cancelled (totally understand the cancellation, not upset about that) and they moved us to a cheaper and shorter cruise without any refund for the cheaper trip we were moved to. Everyone we have talked to to try to get a partial refund has been unhelpful and rude.