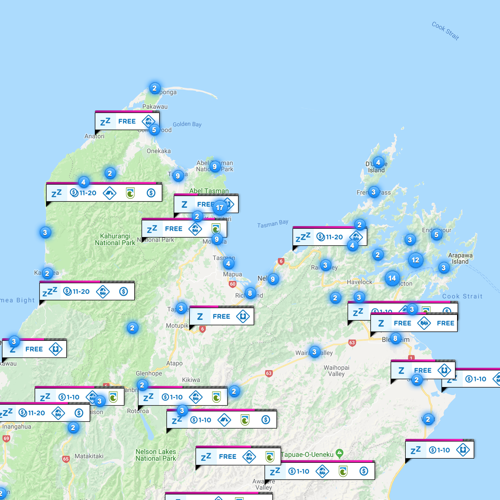 The track starts at Kawatiri Junction, the junction between SH63 and SH6 34 km from Murchison and 25 km from St Aranaud. There is an information shelter, picnic site and toilets beside the large parking area.

Follow the grassy track alongside the Hope River then cross the footbridge (perched on the original abutments).

The loop track starts at the entrance to the tunnell.

Heading left the gravel track makes a short, steep ascent before a descent via steps, which can be slippery.

Take a torch for the full length of the tunnel.

All the track passes through beech forest.

Nelson residents always dreamed of a railway and fought hard to ensure a link to the Main Trunk Line. Work started in 1873 on the 30 km section to Foxhill via Bishopdale, Stoke, Richmond, Brightwater, Wakefield and Wai-iti.

From 1890 the extension to Belgrove was continued towards Kohatu, a section which required the piercing of the Spooner Range. A construction camp near the eventual 1352m tunnel rolled on after opening in 1897 and the thrust continued towards Tadmor, via Tapawera. A rail and road bridge crossed the Motueka River in 1906. It had taken 33 years to construct 66 km of track.

In 1920 work started on the section to Kawatiri, including the excavations for the 185 metre-long tunnel and a work camp at Pikomanu. The interpretation panel gives more insight into the lives of the railway construction workers.

Frustrations grew as progress was lackadaisical but the line only made it as far as Gowan Bridge. All work ceased with the Great Depression in 1931.

With the rise on road freight and demise in passenger numbers, the line died a slow death, finally shutting up shop in 1955.

Can you contribute? If you've experienced Kawatiri Historic Railway Walk then please and write a review.