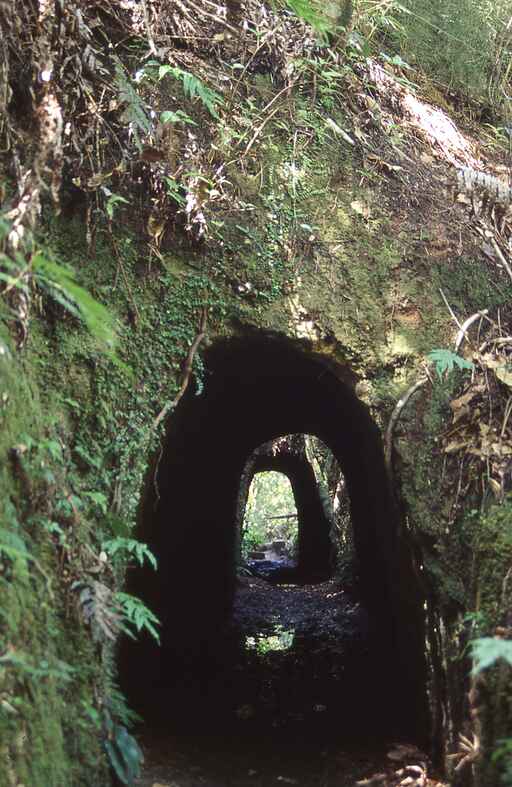 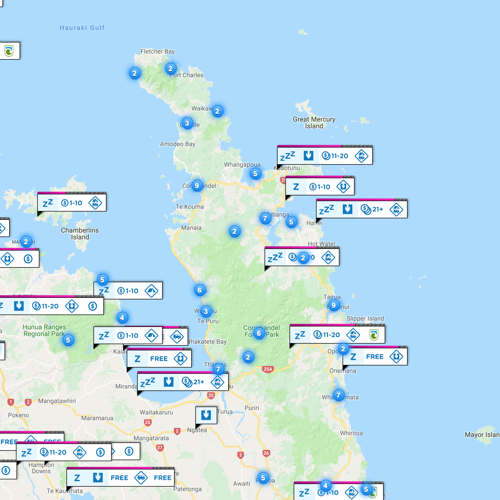 The Broken Hills Battery on the east side of the Tairua River was water-driven. Water was taken from the Third Branch Stream and transported across the Tairua River via a 3.3 km water race that now forms part of the track.

From the start of the Golden Hills Track, continue along the main path. Alternatively, if you have exited the Collins Drive Tunnel from the east entrance, the path is on the left at the junction with the Third Branch Track.

Follow the water race through the cuttings in the excavated hillside. Expect to get wet feet, as the water doesn’t race anymore. Turn right and climb the wooden steps through a series of short tunnels. After the final tunnel, the track loops around and climbs to the junction with the Third Branch Track.

The Golden Hills workings commenced around 1907, following the positive returns from the Broken Hills mine. The Tairua Golden Hills Goldmining Company formed and sought a profitable reef situated on an elevated hillside above the western flank of the Tairua River. Three horizontal tunnels (adits) were driven through the hillside, including the 500-metre-long Collins Drive tunnel. Eventually after crushing 4,670 tons of ore, around 3,671 ounces of bullion were recovered, valued at £6,495.

Can you contribute? If you've experienced Water Race Tunnel Track then please and write a review.